There's been a lot of bad press about creative writing courses recently, and I have to say that I sometimes agree: doing a course is no substitute for getting down to work and putting words on the page.

You don't need a course to be a great writer, obviously. Equally, just doing a creative writing course doesn't make you a decent writer.

But, but, but ... twenty years ago or so, I signed up for a creative writing BA at my local university, taught by Susan Wicks. I was a book editor and had never written more than teenage drivel before, and it was a transformative experience: among much else I wrote poems that weren't awful, comedy dialogue that was, and discovered that I wasn't at all bad at writing copy. I'd assumed everyone could do it if they tried, but it turns out they can't.

I dropped out of the course because I was about to have my second child and was working more or less full time, and simply couldn't pack in a weekly writing assignment.

A little while later, though, emboldened by what I'd learned, I gave up editing and became a copywriter.

I didn't write any more poems because I was rather busy, and not always very well and the copywriting took up all my creative juices. But another few years later, Sue asked if I'd like to join a small writing group that she was tutoring.

I wrote my first short story for that group. I'd written lots of opening lines before, but always lost my nerve before finishing them. Now I had a group demanding to know what happened, so I just had to plough on to that final line.

Now I might have written that story without the group - the bones of it had been inside me for ages, and I read widely and reasonably critically so I had an idea of how a story might go. But I would never have sent it out. It wouldn't have occurred to me that it might be good.

Sue told me to send it out, so I did because I trusted her judgement. It was rejected and she told me to try again, and The Warwick Review accepted it, and then Nick Royle asked to include it in that years' Best British Short Stories. I was stunned.

I stayed in the writing group for quite a while because it was a great place to try out new ideas on a supportive group of people, and the writing exercises taught me all sorts of skills and approaches it might have taken me years to unwrap on my own.

In the end, though, I decided to go it alone: I found I was writing for the group - neat little nuggets of fiction that would fit into the time allotted - and not for me.

I wrote more stories, a handful of poems, and a play. I learned to use my own judgement, to try new approaches, to take risks.

And I began to gather notes for a novel. I did research, I sketched characters, I wrote a trillion opening lines. And I never went further. Each time I started, I got scared and put it all back in the box and did something else. I wanted to get it right so much that I couldn't bear to get it wrong, and I needed to get it wrong to find out what was right.

So in September this year I signed up for the How to Write a Novel course with Stephen Carver at the Unthank School. It's an online course, just 12 weeks long, and it was exactly what I needed.

It's structured and demanding: we looked at openings, endings, character, voice, plot, themes,  perspective, pace, dialogue, descriptive writing, and more. We dived straight in: look at these openings, which work for you? Why? Choose a couple of books you like and examine their openings in detail. Now write five possible opening lines for your novel. What do the rest of the students reckon? Pick one and take it further ...

There was no time to draw breath, to allow doubt to creep in. I wrote lines, scenes, monologues, dialogues. I sketched out a plot, finally, and then drew it in more detail. I worked out why I wanted to write this story so much and threw a whole load of unnecessary stuff out.

And every single day I wrote a bit more of my novel. Up at the top of this entry is the current word count. As you can see, I'm a slow writer, but I've discovered that if I write about 500 words a day I make tangible progress. I can even write this many words on a day when I have no spare time - I can write them while the potatoes boil if it comes to it. I can always rewrite them. In fact I've already rewritten the whole thing, changing it from a third to a first person narrative. I've learned to play, make mistakes, not to worry. I've had huge fun.

I chose the Unthank School course for pragmatic reasons: it focussed on the novel, was online, flexible and short. It was amazingly good value. I didn't know Stephen but I learned long ago that having a big name tutor doesn't guarantee that a course will be good: how many famous writers can be bothered to create really great materials, week after week, and deliver them ego-free?

So thanks to all the tutors and fellow students I've worked with! I'm off to finish my novel now.

Posted by underthebookshelf at Monday, January 04, 2016 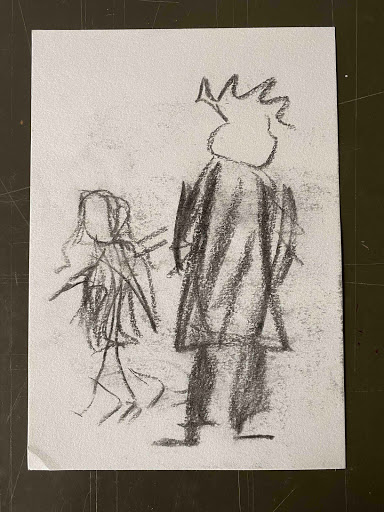 My first novel, Starling, will be published by Fairlight Books in 2022. 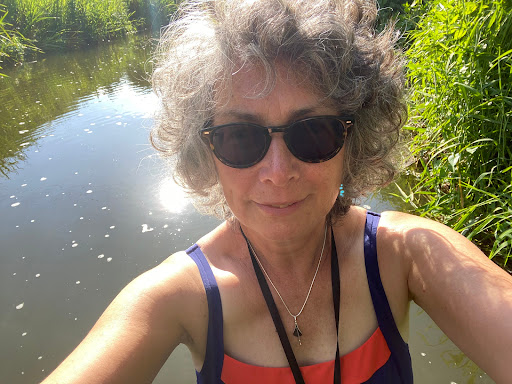 With Arts Council support, I'm exploring place, identity and belonging as I travel very slowly along the River Medway.